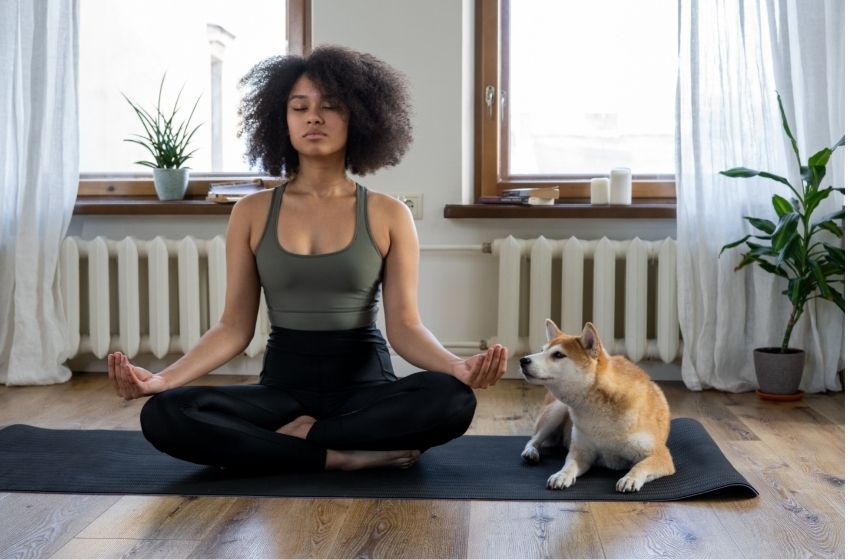 Meditation’s Benefits to Well-Being: There’s a reason meditation has become so popular in our sophisticated mainstream society: it has the potential to change one’s life. It’s fast gaining popularity as one of the most popular wellness activities available.

A 2018 research looked at a variety of wellness activities and the increased usage of yoga, meditation, and chiropractors among individuals over the age of 18 in the United States. These three activities were determined to be the most popular “complementary health” hobbies in the survey, stated by the Centers for Disease Control & Prevention (CDC) as “the use of holistic or nontraditional medicine with mainstream Western treatment for health and wellness.”

Meditation practice in the United States rose by more than 10% between 2012 and 2017. Why are there more individuals meditating now than ever before in Western society? There are several causes for this. Which is the most common? Stress.

You’re certainly not alone if you’re suffering from chronic stress. According to 2015 research, 33% of individuals believe they are under stress. We live in a culture where we are always linked to a never-ending universe. If you’re worried, burned out, nervous, or on the verge of going insane due to your modern, mainstream lifestyle, Saha Self Care recognizes that meditation may help.

Meditation has been practiced for thousands of years, with the first accounts of this ancient practice dating back to 1500 B.C. in the Vedas, the oldest Hindu texts. Meditation, formerly reserved for spiritual searchers and used to help people grasp the deeper, mystical parts of life, has evolved into a contemporary practice that helps people reduce stress and improve their overall well-being. Meditation is a mind-body activity that focuses on the mind’s, body’s, and behavior’s natural interactions.

Meditation comes in various “types” that span civilizations, spiritual disciplines, religious practices, and traditions. There is no such thing as the “best” method of meditation. On the other hand, meditation is a personal practice in which one chooses the best style (or types) of meditation for them. While there are many different techniques to meditate, they all have a few basic components in common, such as:

Even a few minutes of meditation may help a lot. Seriously. According to studies, meditation for less than 15 minutes a day has the same behavioral impacts as meditating for longer periods. Meditation has been demonstrated to improve attention, memory, mood, and emotional regulation when practiced daily.

More individuals in America are finding the advantages of meditation than ever before, from celebrities and CEOs to soccer mothers and spiritual searchers. Given that the number of adults in the United States who have tried meditation has more than quadrupled in the last five years, it’s reasonable to assume that meditation is working for many people.

Let’s take a closer look at how meditation may promote well-being and, in turn, help us achieve the inner peace we all want. 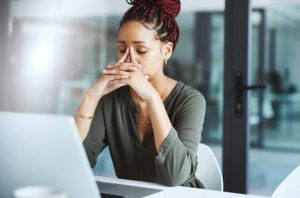 Do you have a lot of anxiety? Almost everyone else does, too. “The world took a downward turn in 2017,” according to a Gallup Poll study from 2018. Negative emotions (such as anxiety, tension, and melancholy) have grown globally over the previous decade, according to the poll, which looked at people’s everyday emotions. Positive emotions were also said to be on the decline.

One of the most common reasons individuals turn to meditation is to relieve stress. “Meditation programs can result in minor to moderate reductions of several negative characteristics of psychological stress,” according to a 2014 evaluation of the effects of meditation on over 3,500 stressed-out people.

Increased cortisol levels, which are responsible for some of the harmful consequences of stress, are characteristics of stress in the body. Increased cytokine production, for example, can cause inflammation. In a 2013 study, mindfulness meditation dramatically lowered this inflammatory response. 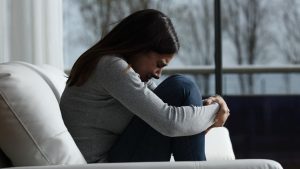 Anxiety and stress are inextricably linked. Given the benefits of meditation for stress alleviation, it’s only natural to help with anxiety. In a 2008 study, people with anxiety who practiced mindfulness meditation for eight weeks significantly reduced their symptoms.

We’re worried not because there’s something wrong with us, but because our minds are stuck on the past and future. We become fixated on what-ifs and unfounded fears, which lead us into a downward cycle of nervous thinking. When you meditate, on the other hand, you focus on the current moment and give your mind a rest from the constant stream of ideas that flow through it. 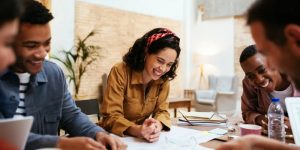 Living a balanced, healthy, and happy existence requires emotional well-being. Meditation has been demonstrated to promote emotional wellness and provide a more positive outlook on life when practiced regularly. Individuals who meditate have shown significant improvements in brain activity in areas connected to optimism and positive thinking when compared to those who do not. Meditation not only inspires one to see the bright side of life, but it also helps to reduce stress & anxiety, both of which may lead to increased emotional well-being and a more positive outlook. 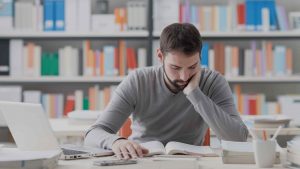 The majority of us could use a boost in attention and concentration. Our contemporary lifestyles put us in overdrive, making it difficult to focus on just one activity at a time. According to research, meditation has been shown to improve not just the capacity to focus attention on a single activity but also the ability to retain attention for extended periods.

Another research indicated that human resource professionals who practiced mindfulness meditation regularly could stay focused on a task longer and remember information better than their non-meditating peers.

Here’s a thought. Meditation appears to provide bodily well-being as well as psychological benefits. In a 2015 study, mindfulness meditation was more beneficial than a placebo in reducing pain. Brain scans of research participants who practiced mindfulness meditation revealed considerably different pain-related brain activity than those who did not meditate.

Mindfulness-based stress reduction (MSBR) was an effective strategy for lowering pain severity and improving physical & mental quality of life in a 2015 research published in the International Journal of Yoga. People who meditated exhibited greater brain activity in brain areas involved with pain regulation, according to a 2011 research.

A daily meditation practice might help people with high blood pressure, linked to heart disease, stroke, and other health problems. Participants who practiced mantra meditation (focused on a silent phrase or combination of words) had lower blood pressure readings, according to a 2015 study. Meditation is thought to lower blood pressure by relaxing nerve impulses to the brain that control heart function and the flight-or-fight reaction, which can cause blood pressure to rise.

Sleep deprivation has become such a widespread issue that it has been labeled a “growing global epidemic.” Over one-third of Americans, according to the CDC, sleep less than the recommended seven hours per night. If you’re having trouble sleeping, meditation may be precisely what you need. When a group of meditators and non-meditators were compared, it was discovered that the meditators fell asleep faster and stayed asleep longer than the non-meditators. Meditation may also aid in the management of intrusive thoughts that keep individuals awake at night.

Self-awareness is vital for gaining a better knowledge of ourselves and the environment around us. When we focus our attention on ourselves, according to the psychologists who created the idea of self-awareness in the early 1970s, we analyze and compare our current behavior to our internal norms and values.

Simply said, we can better monitor our inner world, including our emotions and ideas as they arise. We exhibit better self-control when we are more self-aware. It enables us to control our thoughts and emotions, allowing us to be the greatest versions of ourselves possible.

Based on the premise that one’s ordered patterns of thinking and behavior are key parts of what individuals experience, a 2014 study indicated that meditation could assist achieve “a better adjusted resilient self” by increasing nonjudgmental awareness.

9. Supporting Your Personal Well-Being With Meditation

The advantages of meditation do not end when you stop meditating. You may bring the peace it brings into your daily life by committing to regular meditation. It may help you soften while strengthening your resolve, learn how to better react to events beyond your control, and gradually relinquish pieces of yourself that no longer serve you so that you can embrace those that do. Regular meditation practice will not provide immediate results. However, with ongoing dedication, you will come to accept where you are on this path and work through the inevitable difficult moments.

Even 5-10 minutes every day may make a world of difference in your life. Wellness isn’t something that exists on its own. It’s a part of all of us. All we have to do is tap into the mind’s inherent state of calm. 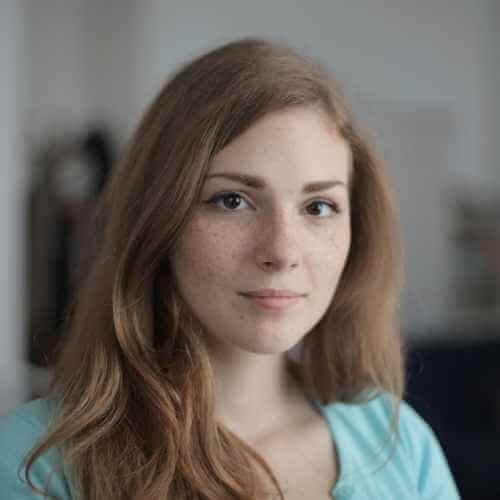 Anna is a freelance writer currently based in the NE covering the intersection of cannabis culture and personal self-care. When not writing, Anna enjoys reading, exploring local joints and taking long walks with Bruno, her Golden Retriever.
Previous

Have you considered what a CBD-infused yoga regimen entails? It’s not a novel concept to combi…