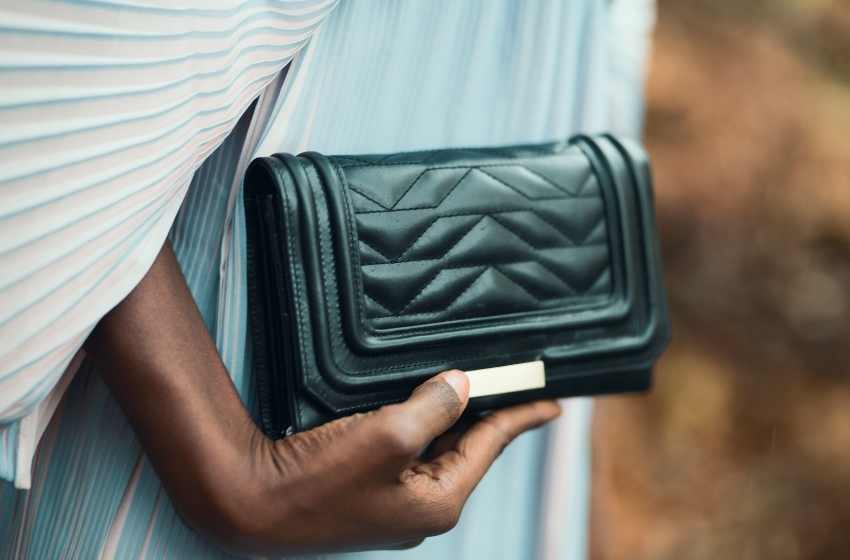 One of the best ways you can help grow your local community instead of gigantic multi-billion dollar companies is by supporting a smaller and less heard-of business. “Shop local, not global” is a rising trend of the past several years and for all the right reasons.

Yes, while it’s true that you don’t need to select where you shop based on the business owner’s skin color, keeping a couple of black owned businesses on your radar can help embrace the diversity in your community as part of the “Black Lives Matter” movement.

So, follow along as we go over 10 hot new black owned businesses that offer excellent goods and services at decent price points that you can support.

Our List of Each Black Owned Business and Its Business Owner

The 10 Hottest Black Owned Businesses in 2021 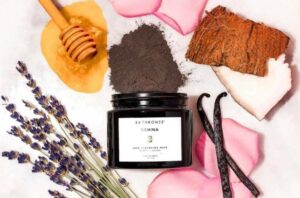 Growing up in Austin, Texas, Christina Tegbe used a lot of shea butter and coconut oil in her childhood and adolescence, seeing these ingredients as raw secrets of African beauty. Yet, she didn’t know that not everyone used these ingredients until her adulthood.

Tegbe went on to earn advanced degrees in business administration and healthcare, and she even worked as a healthcare consultant at some point. But there was always a fire in her, burning with passion for her lifelong raw ingredients of African beauty.

In 2015, Tegbe’s passion peaked, and she quit her job as a consultant and went on a year-long tour to Ghana, Nigeria, and Morocco to explore her childhood ingredients among the society that uses it.

After returning to America in 2016, Tegbe founded 54 Thrones, a black owned skincare and beauty products business and cosmetics line dedicated to embracing the natural healing ingredients she’d explored around the world in Africa for the past year. Some might even call it a lifestyle brand. It’s definitely an ideal pick for a makeup artist, too, black or any skin tone!

The 54 in the brand’s name refers to the number of countries in Africa, from where Tegbe, as the founder, still sources artisans and ingredients. Some of the ingredients involved in 54 Thrones’ offerings include Kenyan hibiscus, Moroccan rose, Egyptian lavender, Ugandan vanilla, and South African palmarosa. 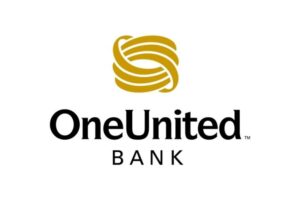 Although OneUnited Bank may’ve had a tough start in its early years when it was known as the Boston Bank of Commerce, things have improved since the late 20th century.

In 1995, businessman Kevin Cohee and his wife, Teri Williams, acquired the Boston Bank of Commerce. Next year in 1996, Cohee was elected chairman and CEO of the bank. And although the new management faced some hurdles in the first few years after their acquisition, they acquired three more black owned banks in the following several years.

The last bank Cohee acquired was the Founders National Bank of Los Angeles in Los Angeles, California, which was acquired in 2001 and soon after merged with the other acquired banks to form today’s OneUnited Bank. So, technically, Cohee is considered the founder.

Since the early 2000s, OneUnited Bank has been making contributions to the youth. For example, they introduced a yearly financial literacy contest, a secured credit card for those with a low score alongside training on maintaining a good credit score. President Williams even published a book teaching the youth about financial literacy.

OneUnited’s main headquarters are in Boston, but they also have a branch in Miami and two branches in California: one in Pasadena and one in Los Angeles. Check them out if you’re nearby. 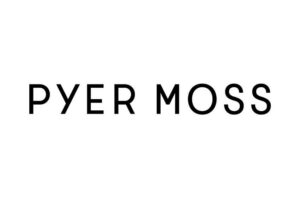 How many times have you seen a rock outfit in the style of Jimi Hendrix or KISS on the front cover of a magazine? And how many of those outfits looked as though the same designer made them?

If the answer to these two questions is “a lot,” then prepare to be surprised by designer and founder Kerby Jean-Raymond – he who breaks all the conventions of modern fashion we know and creates something new out of rock ‘n’ roll fashion.

Jean-Raymond founded his clothing line, Pyer Moss, in 2013 and has released several collections apart from the rock ‘n’ roll collection, such as the cowboy and the family time collections.

Despite raising many customers’ eyebrows with each collection he releases, Jean-Raymond isn’t copying his novel designs or even getting “inspired” by others. Instead, he tries to bring an authentic experience that changes how people see fashion brands.

Not to mention, Jean-Raymond also collaborates with several other black owned businesses to expand his sphere of influence.

Pyer Moss initially started as a menswear brand but has since evolved to cover womenswear, which some would say are even more novel than most men’s collections. Check it out yourself! 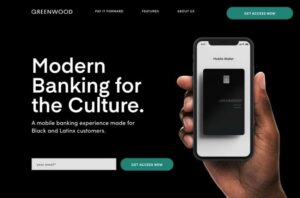 Although often referred to as a bank, Greenwood is a black owned credit union, so it’s a good choice for those looking to open a savings account with low fees and high interest.

Greenwood is a very recent company, opening its applications in 2020 and postponing services until sometime mid-2021. Despite being so new, Greenwood has received thousands upon thousands of requests and currently has over half a million soon-to-be members.

Being a new bank (or credit union) doesn’t mean there’s a shortage of services either. Just last April, Greenwood partnered with MasterCard, and before that, they’d received funding from many big names such as Visa, Bank of America, JPMorgan Chase, and more.

Greenwood’s entrepreneurs and business owners are Ryan Glover as the principal founder, and Michael “Killer Mike” Render, and Ambassador Andrew Young as co-founders.

Ryan Glover has been delivering products and services focusing on the African American community for over 20 years, such as BounceTV and Moontime Records. As for Killer Mike, he’s an icon in rap and activism and has been avidly encouraging black Americans to use black owned banks for years.

And finally, Ambassador Andrew Young is a former Mayor of Atlanta and an outspoken congressman. He has been a vocal activist amidst the civil rights movements of the 60s, leading movements that helped influence the country’s leaders into passing the Civil Rights and Voting Rights Acts of the 60s. 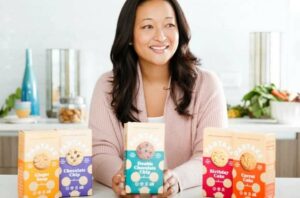 Partake is one of the more fun and joyful brands out there. In essence, it’s a black owned snack brand and a healthy and sustainable one at that.

The story starts in New York City, where Vivienne, daughter of Denise Woodard, was diagnosed with severe allergies as a kid, so her parents had to develop healthy snacks that were safe for their daughter and enjoyable.

Woodard was so committed to this pursuit that she left her job and started her own company, and that’s how Partake was born to provide healthy snacks for everyone. It definitely has some of the healthiest you can find in most grocery stores.

As a black female founder of the business, Woodard focuses a lot on supporting black and female entrepreneurship and giving people of color and women more opportunities to start their careers in the food industry.

My favorite part of all of this is that Partake has partnered with the Food Equality Initiative to provide families with access to the food products and education they deserve. 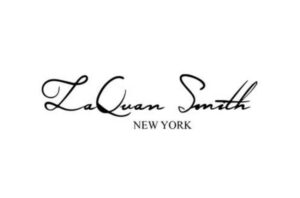 At only 21 years old, designer LaQuan Smith started his namesake brand, challenging many traditions in the fashion industry.

Smith grew up in 1990s New York City and had many women as role models in his upbringing, most notably his grandmother. But his most transformative experience was when he attended art school in New York City.

Despite failing to get into the industry, Smith founded his company and initially made leggings that quickly rose to popularity. They gained popularity and sparked an interest among celebrities like Lady Gaga, Beyonce, Rihanna, and Kim Kardashian, all of whom were early supporters of LaQuan Smith.

Since 2020, Smith has refused to let the pandemic disturb his products and their reputation. He now continues to release new collections every season with a distinctively sexy vibe. The Spring 2021 collection is designed with “new money” and “the smell of champagne and pimpish Cadillacs,” as Smith said. 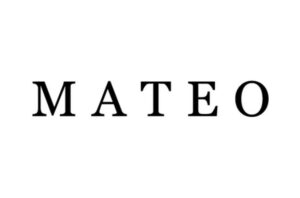 Mateo New York is your go-to for accessories and other adorning products. Its founder, Matthew Harris, was born and raised in Jamaica and taught himself designing and craft for the years leading up to the founding of Mateo New York (after New York City).

Mateo New York was founded in (you guessed it) New York City in 2009. It initially focused on men’s jewelry, drawing its inspiration from a working man’s toolbox. However, shortly after, Mateo New York launched their first collection for women and has been focusing on both genders since.

More recently, Mateo New York has released bags and candles in addition to their ordinary jewelry, and they all go very well together to create an elegant and luxurious look.

Harris is very delicate with his craft and uses the most premium materials, including 14K gold, diamonds, gemstones, and pearls, to ensure his products are top-notch. 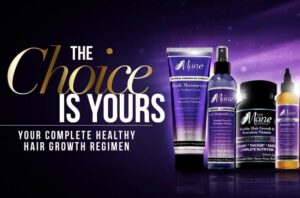 There’s something about humble beginnings that touches most people, and if you’re one of them, then hair care line The Mane Choice is for you.

Founder Courtney Adeleye is inspiring for black entrepreneurs, having started The Mane Choice in her kitchen with a modest budget of $500 and relying a lot on experimenting with her knowledge about natural hair care and hair accessories.

The Mane Choice showed terrific progress as a hair care brand for a company that operated from a kitchen and eventually got too big for the kitchen until her hair care products expanded the business.

Adeleye significantly focuses on health as she’s a registered nurse herself, and her husband is a medical doctor. They constantly strive to improve the quality of their products, though their products are already top-notch. I recommend you check them out if you haven’t been clicking with hair care products recently. 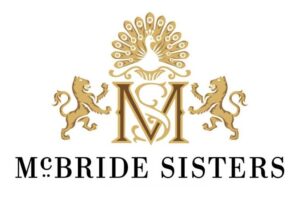 Robin and Andréa McBride are half-sisters who are notable for being the first black sister duo to found a black owned wine business, which is undoubtedly one of the more enjoyable business ideas for many people.

The duo was separated in youth but united later to create a new wine experience for their customers, which they’ve been doing for 15 years through their brand.

Today, the sisters’ third collection, the McBride Sisters Collection, is dedicated to empowering black women and is available in more than 1500 across America. 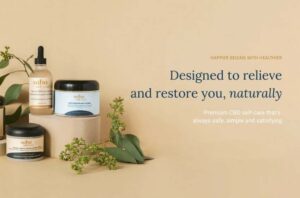 Last but not least, and ending the list on a high note, we’ll look at Saha Self-care, a self-care brand that creates hemp-derived products for makeup artists and women of all skin types.

Saha’s founder, Charles Smith, aims to deliver premium CBD products to those who want to soothe their skin from the stresses of day-to-day life. Smith has been on this mission since he discovered the benefits of CBD back in 2019. And although the CBD industry has been booming, Smith aims to raise Saha as a high-quality standard in the field.

Saha is all about quality, and Smith definitely has the experience to sustain the premium quality of his products, having worked with CPG companies of all sizes, from startups to billion-dollar ones. 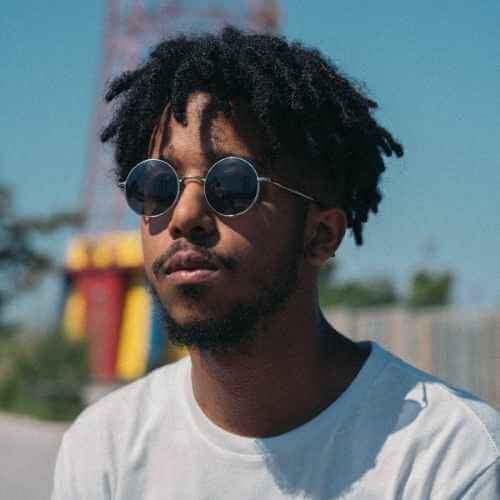 Don is a freelance lifestyle writer currently based in Los Angeles and focused on discovering and introducing new BIPOC entrepreneurs and businesses to the world. His interests include hiking, mastering the perfect taco and becoming a brewmaster.
Previous

Can I overdose on CBD? Learn the ABCs of CBD here.

Throughout the history of the United States, there have been many terms used to describe people of c…

Are you struggling to find BIPOC-owned businesses? Then this list will change your life! From fashio…